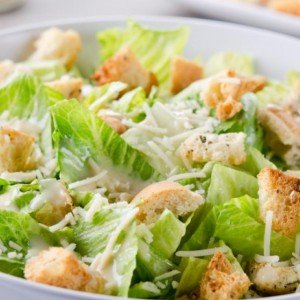 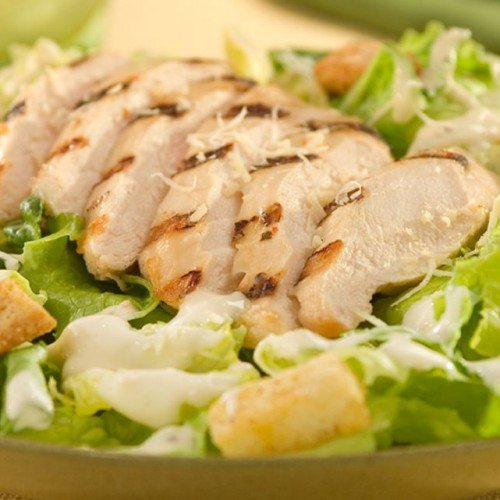 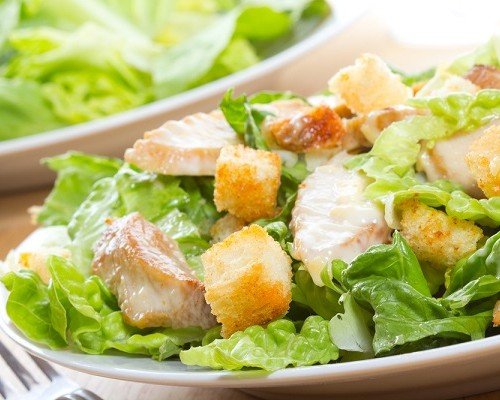 Caesar salad dates back to 1924. The day when the most famous salad appeared was the Independence Day of America according to the legend. Many people, including famous businessmen and other Hollywood stars, had gathered in the restaurant named Caesar`s Place in order to celebrate a special occasion. The table was served with the various tasty snacks and dishes. But they ate it right off the bat and the guests began to require more and more food. And chef  Caesar Cardini wasn`t lost. He took all the ingredients being in the kitchen. There were a green salad, the eggs, oil olive, a lemon, the garlic, Worcestershire sauce, dry bread crumbs and the parmesan in small amounts. So he just mixed this up and served the table. In such a way, we have the well – known salad “Caesar”.

Do you want to check it out? Following the recipe below will help you to create this tasty dish.

There are no reviews yet.

Be the first to review “Caesar salad” Cancel reply