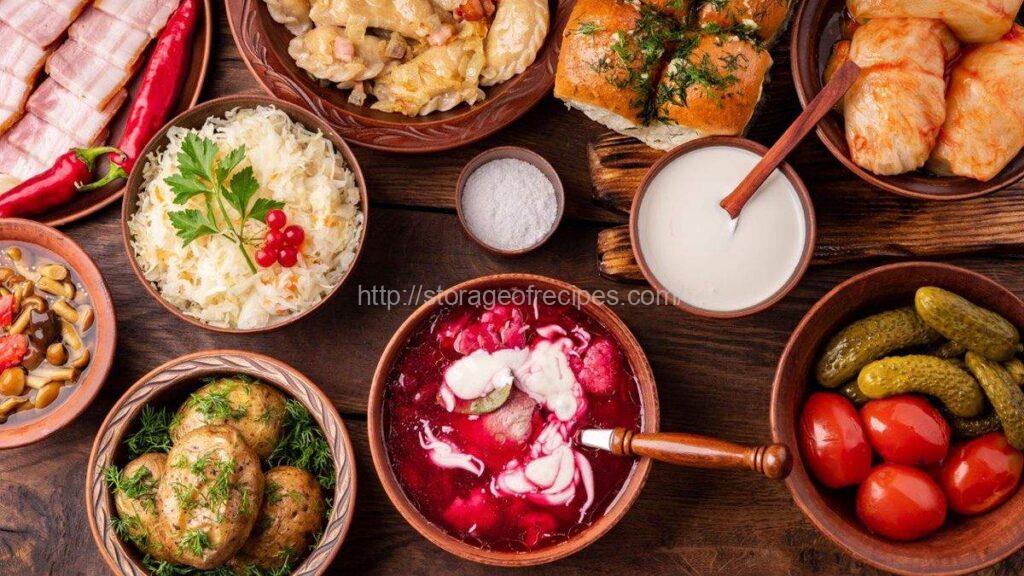 Ukrainian dishes are known for their variety and high taste qualities. Many features of Ukrainian cuisine are due to the way of life of the Ukrainian people, the vast majority of whom earned their living by hard agricultural work. To perform such exhausting work, people needed hearty, high- calorie food. Therefore, Ukrainian cuisine is characterized by dishes rich in proteins, fats, and carbohydrates.

Culinary brands of Ukraine include borscht, dumplings, kulish, cabbage rolls. These are dishes that clearly identify Ukrainian cuisine. In addition, almost every region of Ukraine has its own differences due to historical features and customs. Thus, the Western region received significant influence from Polish and Austrian cuisine, the Southern – from Turkish.

In general terms, Ukrainian cuisine is extremely diverse, its main feature is a large number of ingredients. The most prominent dish in this regard is borscht, which belongs to the high achievements of world cuisine. The range of its consumption has spread far beyond the borders of Ukraine.
In Ukrainian cuisine, many products are subjected to complex heat treatment — first they are fried or boiled, and then stewed or baked. This is the most distinctive feature of the technology of Ukrainian cuisine. Complex heat treatment allows you to preserve the aroma of dishes and gives them juiciness. A large number of dishes (krucheniki, zavivantsi, stuffed poultry and vegetables, spied lard and garlic meat) is prepared in stuffed and stuffed form.

Especially tasty and healthy are the combined dishes of meat and vegetables — cabbage rolls with meat, Volyn krucheniki, beef spiovana with beets, etc. Boiling and stewing are the preferred methods of heat treatment of products among Ukrainians, and vegetable and flour-cereal products are among the most common products.

Vegetable dishes are characteristic of Ukrainian cuisine, more so than Russian or Belarusian cuisine. From meat products, pork is used primarily, then beef and poultry (chicken, turkey). Meat is consumed in various forms, most often fried and stewed. Meat cooking has always been at a high level in Ukraine. Dishes such as cabbage rolls, home-made roasts, Ukrainian bozheninagarlic and lard pork, bigos, krucheniki, veal or pig dumplings, kendyukh boiled with filling, Ukrainian salad with m meat and vegetables stewed in kvass of bream and shrew, buckwheat, stuffed poultry. Meat dishes cooked in skull pots are especially delicious. 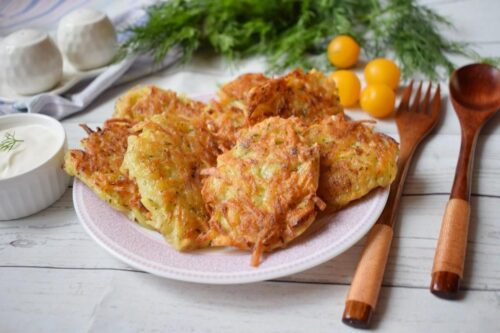 Deruny – potato pancakes are very popular in Ukrainian cuisine, especially in the northern and western regions. Grated potatoes are the only absolutely necessary component of Deruns. Other ingredients are added according to tradition in a particular region or a home recipe passed down from generation to generation. Such ingredients are: onions, flour, garlic, eggs, […]